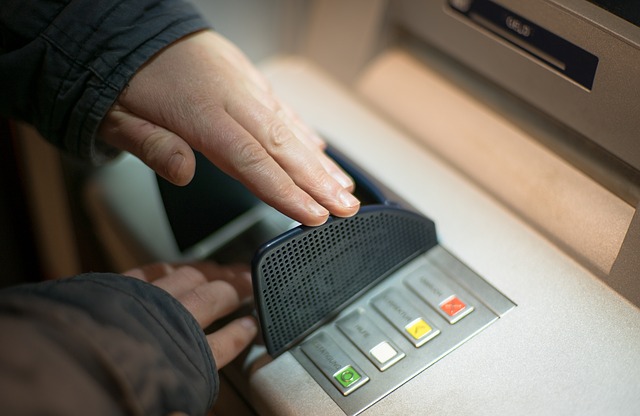 Fraudulent investment schemes where investors are lured into parking their funds with promises of high returns are not unusual in India.

Some of the biggest include the Sahara and the Saradha chit fund fraud, which have duped investors of more than INR 66,895 crore(between them). But the problem is when these schemes are dubbed as Chit Funds.
People consider Chit funds, Nidhi Company, CIS, Ponzi schemes as eggs from the same basket and believe these terms can be used interchangeably. Well, before we proceed further, let us clear that that these are not similar at all. They differ in their object, nature of the business and other things that follow. We will list a few features of each to clear these differences.

What is Nidhi Company?

Section 406 of the Companies Act 2013 mentions that Nidhi Company is a type of Non-Banking Financial Company (NBFC) created for the mutual benefit of its members. It plays a pivotal role in helping the middle and lower middle classes by providing easy financial services with minimum formalities. Its salient features are:

It is a kind of an investment scheme in which individuals come together and pool their money for the purpose of investing in some assets and for sharing returns that are gained by such investment. Some notable features are:

What is Ponzi Schemes?

Ponzi schemes are a kind of pyramid scheme which operate on the “rob Peter to pay Paul” principle.

Such scheme may unravel due to any of the below reasons –

What is a Chit Fund Company?

Chit Fund Company is also known as the committee in northern parts of the country. Chit Fund is a simply put, it is a group funding. Unlike Peer to Peer lending, here a group of individuals lend it to one borrower in a closed group. It is one of the special types of companies which require additional licenses to work, which grants immense credibility to the structure. Chit fund is one of the simplest way to access finance in lump sum and is easy to re-pay in monthly installments.

You can read more about how Chit Funds work in this link here.

What is MLM (Multi Level marketing)?

Multi – Level Marketing (MLM) is relatively a new marketing method or distribution channel. The companies sell their products &/or services direct to the consumers, removing the traditional distribution channels in between. That’s why it is also called Direct Selling. Instead of spending money on advertisements, MLM companies reward their customers and distributors for their word of mouth advertisements and efforts.
MLM companies like Amway, Qnet and Herbalife have always been criticized for being sophisticated pyramid schemes and have always been sued for making inflated claims about the efficacy of their products.
There are certain business entities, which launch schemes for appointing selling agents for their goods and collect registration fees from them with a further requirement that such agents have to appoint more agents collecting registration fees from them. The remuneration paid to the selling agents consists of a share in the registration fees collected from the new selling agents joining the scheme. Such schemes are known as pyramid, Ponzi or multi-level marketing schemes that eventually lead to suffering for the last of the lot.
Under these schemes, only selected promoters at the top of the pyramid derive the benefit and when the chain of appointment of selling agents breaks, large numbers of selling agents at the bottom of the pyramid suffer losses and lose their money.

Now, let’s see what were the two biggest financial scams in India and the category to which they belong

Roy, founder of Sahara India, is now accused of duping investors of some INR 36,000 crore. The case relates to an investment option that Sahara ran in 2008 where investors had deposited money in their schemes. The SEBI termed these schemes as Ponzi schemes and hence illegal. SEBI asked the company to refund its investors. After Roy’s group failed to refund the money repeatedly, the Supreme Court issued an arrest warrant against Subrata Roy.

Saradha scam was exposed when Kolkata based Saradha group went bankrupt in January 2014. The group collected small deposits and promised payouts of land or cash, with interest rates as high as 24%. Though the company was operating by using the name ‘chit fund’ but in reality it was modeled around the concept of Ponzi scheme.
In a chit fund, no investor can be sure of what profits he will be making as that entirely depends on the number of subscribers who invest in that particular chit fund group.  The Chit Fund scheme basically contemplates that the diverse the number of investors, the better will be the profits, but never promises any fixed returns. However, in the Saradha scam, the alleged Company promised a fixed rate to the investors, which sufficiently demonstrates that it wasn’t a chit fund company but in the nature of a Ponzi scheme
Chit funds, CIS and Nidhi Company all are regulated by different government bodies except the Ponzi schemes.
Ponzi schemes are very meticulously planned and hence, a little difficult to determine. As such, it is always recommended to do a thorough financial analysis of the company before investing in any of its plans. Also, think carefully before you reinvest in further schemes being offered by the company.
It was reported that some individuals/firms/unincorporated association of individuals (unincorporated bodies)/ marketing companies and companies engaged in money circulation schemes have been collecting monies from the public by making tall promises of high returns, either through issue of advertisements or by sale of products.  Some of them even claim that they have the Reserve Bank’s approval for their operations. Some of these entities have reportedly vanished without repaying the monies collected by them.

What you should know?

Money circulation schemes are banned under the Prize Chit and Money Circulation Schemes (Banning)Act 1978 and the respective State Governments have the power to take action against the persons involved in such schemes.
Each time a newspaper report appears referring to fraudulent activities of alleged ‘pyramid companies’ it is sure to mention that these activities were in violation of the Prize Chits and Money Circulation (Banning) Act, 1978 (hereafter referred to as the PCMC Act).
The act aims to ban the promotion and circulation of prize chits and money circulation. As per the act, money circulation scheme is ‘any scheme which promises quick and easy money to the subscriber by making enrollment of such person into the scheme on payment of an entrance amount.
Section 3 of the Act imposes a ban on chit fund schemes of any nature and money circulation scheme where in money is promised to investor. It specifically holds that no person shall encourage or organize or enroll as a member, participate in any of such schemes which are banned under the Act. Any person who breaches the provision shall be punished with an imprisonment extending to three years or with fine extending to five thousand rupees or with both.
Please note that the provisions of the Act shall not apply to prize chits or money circulation schemes conducted and promoted by State government, an authorized authority, state owned company, certain banking institutions, charitable or educational institution notified by the State Government.
Thus the Act enables the State government to keep a control on easy money making schemes which lures a lot of innocents who are willing to make money by investing into money circulation schemes.

The Chit Funds Act 1982 covers prize chits and money circulation schemes, but there is no specific reference to multi-level marketing schemes for goods and services in the Act.
Chit funds are one of the top three savings options, along with investments in gold and land, as it works both as a savings and borrowing tool. Though it doesn’t offer the highest rate of return, it ranks over the bank deposits in both returns and ease of operation. People with lower incomes consider chit fund as an insurance mechanism for their unplanned expenses.
Chit funds if leveraged correctly can give better returns for a good borrower.

Be a part of our growing community